What you are about to see is the dramatic change to the body as it processes Dog Bowen Physiotherapy over several days.

What you will see here and will experience first hand with the healing of your own dog, is the increase in energy, the ease of movement and the overall vitality returned. Physiotherapy at it's best!

This is the story of Kobe. A 14 year old Lab suffering from a sudden onset of Peripherial Vestibular Syndrome (inflammation of the inner ear).

What started suddenly with panting and drooling, quickly turned into eyes darting back and forth and severe dizziness, which left  Kobe incapable of standing.

Caregivers Karen and John gratefully had their vet come to their home to administer anti-nausea meds. and to catheterize. 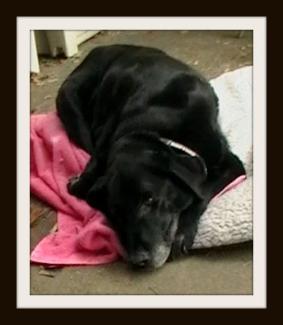 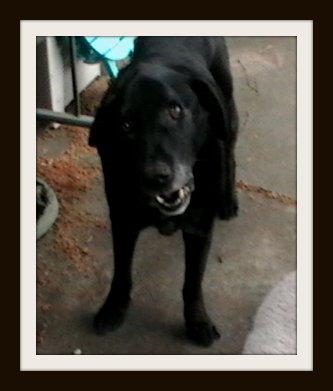 I was called after the 5th day and this picture shows how I found him. I sat beside Kobe allowing him to feel my presence. He made no attempt to sniff me or move towards me.

Protocal for the first session is a sequential 14 move body balance. However, this was more of an emergency situation, so I carefully choose 5 moves that I knew would benefit Kobe without overwhelming his system.

That evening Kobe was up and walking with assistance and was able to relieve himself in the yard.

I returned several days later to find Kobe up and moving on his own in the back yard. (Notice the head tilt due to the vestibular syndrome.)

This was the first time I had seen Kobe standing and it was very clear how twisted and arthritic his body was.

With this visit I was able to complete the 14 move body balance. 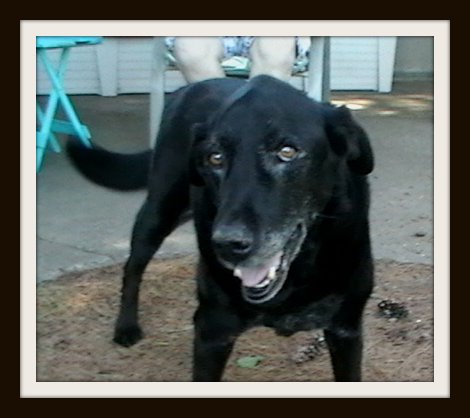 Here are John and Karen's observations over the next few days: 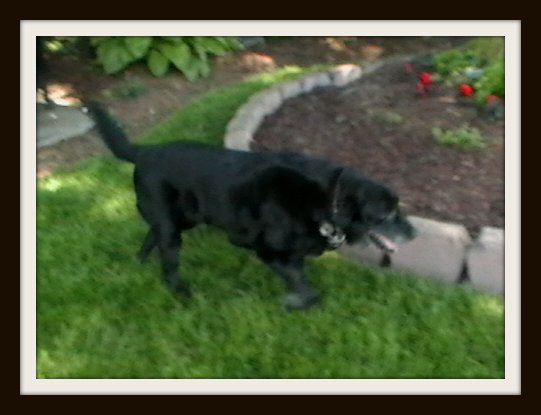 One week after 2nd session - he's showing off how well he is feeling by trotting around the garden. 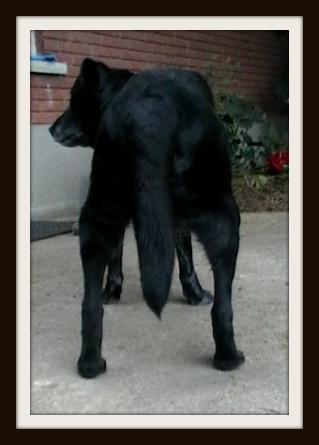 Before 1st full session - Legs are bowed and wide 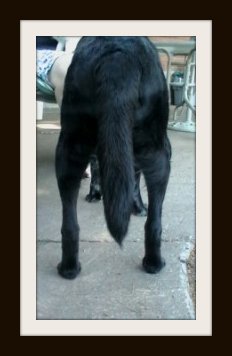 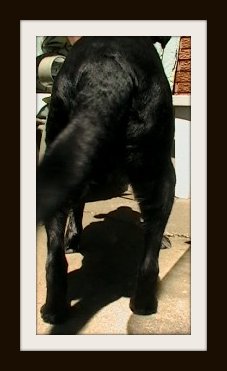 One week after 2nd session - The wagging tail and straighter legs tell a beautiful story. 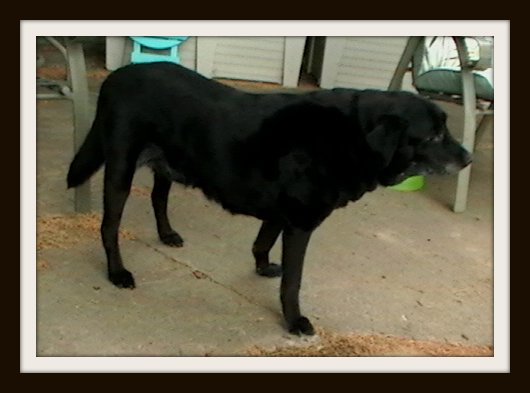 Before 1st full session - Thin back end and twisted standing position. Head is low and tilted. 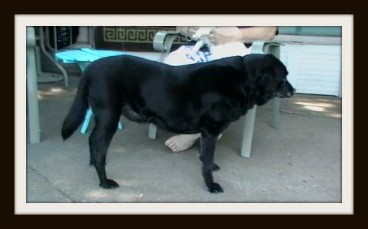 One week after 1st session - Back end is filling out . Natural standing position is much more balanced. Head is held higher and less tilted. 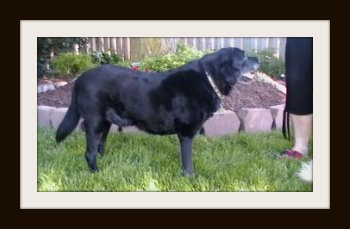 One week after 2nd session - Look how filled out he is now! Head is held high and with much less tilt...and look at the smile! 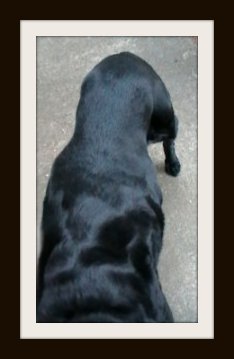 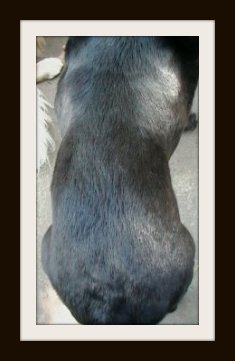 After 2 full sessions...look at him now!

Kobe's recovery was a team effort, he being the leader.

He was surrounded by both people and animals who love him dearly.

He was full of determination and self pride,displaying an open willingness to allow others to help.

It was an honour to be a part of his team.

Email today with any questions or to book an appointment